WORLD PREMIERE - I AM GITMO
During the war on terror started after 9/11, Gamel Sadek, is taken from his home in Afghanistan and delivered to Bagram Air Base, a CIA black site. He is tortured when he denies knowing Osama bin Laden. Chained and hooded, he is put on a cargo plane to Guantanamo Bay, Cuba. John Anderson, a military interrogator, is brought out of retirement and assigned to Gamel’s case. Despite relentless beatings, starvation, and torture in Gitmo, Gamel maintains his innocence. John struggles to accept the new torture methods imposed by General Miller, newly in command of the prison. As Gamel prepares for a hearing on his status as an enemy combatant, he realizes he could be held indefinitely.

In the aftermath of 9/11, almost 800 men were taken to Guantánamo’s prison, suspected of terrorism. As of today, 20 years later, 37 prisoners remain in custody. Of those, 28 prisoners have not been charged with specific crimes during the decade-plus time they’ve been in custody and are being held as indefinite law-of-war detainees in the armed conflict against Al Qaeda. 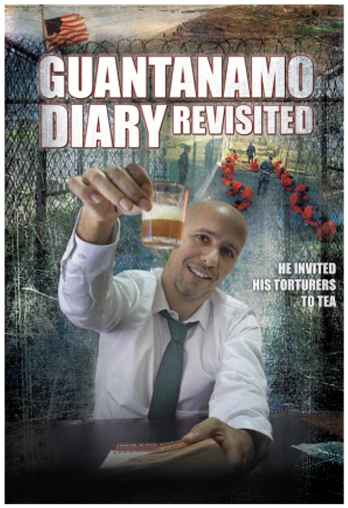 AFRICAN PREMIERE
Mohamedou Ould Slahi was captured in the aftermath of 9/11, accused of being part of Al-Queda, tortured then imprisoned at Guantanamo Bay for 14 years, although never proven guilty. His best-selling book, Guantanamo Diary, describes his abuse at the hands of masked and code-named “Special Projects” interrogators. Now released, Slahi sets out with investigative journalist John Goetz to find those interrogators, including the mysterious Mr. X, in order to seek revenge…by inviting them to tea. 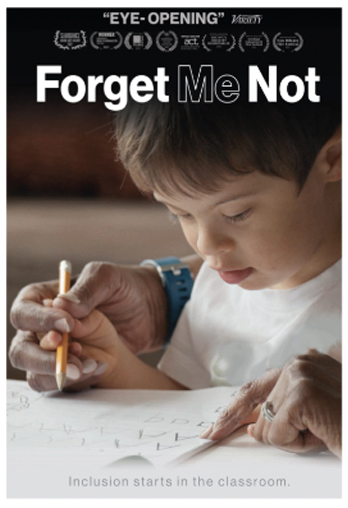 AFRICAN PREMIERE
As 3-year-old Emilio prepares to start school, his family finds itself embroiled in a challenge all too common for children with disabilities - to secure the right to an inclusive education. Cornered in one of the most segregated education systems, New York City public schools, filmmaker Olivier and his wife Hilda turn the camera on themselves and their child with Down syndrome, as they navigate a byzantine system originally designed to silo children with disabilities. Emilio's parents learn from other families who have fought against the injustices built into the educational system while they continue their own battle for their son's future.

In addition to the Bernier and other NYC area families, FORGET ME NOT brings together experts such as Thomas Hehir, former Director of Special Education in the United States (recently deceased); Sara Jo Soldovieri, a disability rights advocate and educator, formerly with the National Down Syndrome Society; Lori Podvesker, Director of Disability & Educational Policy with IncludeNYC; David H.Rose, co-creator of Universal Design for Learning; and Sue Swenson, President of Inclusion International and formerly Deputy Assistant Secretary for Special Ed-Services. Based on true events that transpired in 1825 in the rugged country northeast of Cape Colony, is the story of Piet, a larger-than-life Afrikaner who owns many slaves He has two sons: Barend and Nicolaas. Piet adopts Hester, the daughter of his foreman, who committed suicide after being badly beaten by Piet under her young eyes.

Galant, the son of slaves, grows up as a trusted member of the family alongside Barend, Nicolaas, and Hester. Barend, the eldest son, claims Hester as his wife, although she shares a forbidden love with Galant. Nicolaas, also in love with Hester, must settle for Cecilia, a traditional Dutch farm wife. Piet has a stroke after overhearing his slaves whispering rumors of emancipation. His sons inherit his holdings.

Now a slaveowner, Nicolaas demands sexual favors from Galant's wife. When Galant protests, Nicolaas beats their son to death. Angered by the degradation he has been subjected to, and more specifically his love for Hester made impossible by his masters, Galant will lead a revolt of the slaves which will expand throughout the country and ultimately bring the end of slavery in South Africa.

Each year, the festival selects projects to introduce to co-producers and co-financiers in order to facilitate the production of films which contribute to social justice and a more inclusive world.

This year: A CHAIN ON VOICES
Based on a book by ANDRE P. BRINK
Screenplay by JAY COCKS
Directed by PHILIPPE DIAZ
Co-produced by South Africa, Benelux and France
Shooting in South Afric