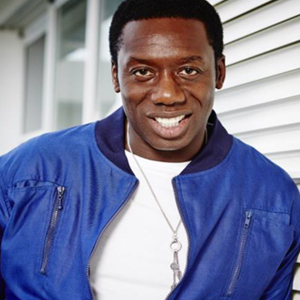 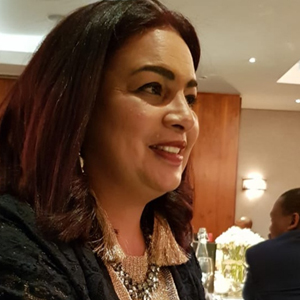 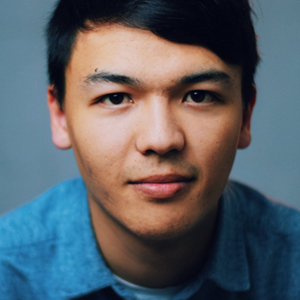 Originally from Kyrgyzstan, Sultankazy Pirzhan uulu started his career in 2011 as a line producer and staff writer of Comedy Competition Show Asia Mix. During his two years with the show, he successfully produced many quarterly live shows with thousands in attendance.

In 2015, Sultan joined the Asian World Film Festival (AWFF) and was a part of its strong start. Sultan served as the Artistic Director for AWFF for three years, during which he contributed to the selection and building of the festival program. He was successful in screening films from countries that were never previously shown in the US including Yakutia, Buryatia, North Korea, Uzbekistan. He also administered the execution of partnership agreements with the Golden Globes (HFPA), Variety, HBO, Sony, CJ Entertainment, Snow Leopard Trust, among others.

In 2017, Sultan formed a production company SP Film Production where he was able to successfully produce multiple short films, feature films, and consulted on several international projects. A number of the films have been official selections for various film festivals within the USA, Europe, and Asia. 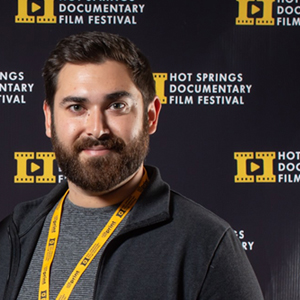 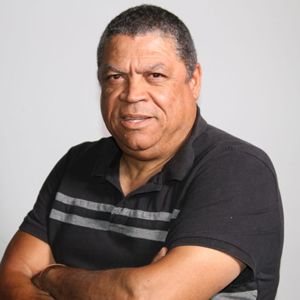 Johann Abrahams is an award-winning journalist and filmmaker whose current affairs stories have made local and international headlines. He is the former Executive producer of an investigative journalism programme, Special Assignment which airs on SABC 3. Johann has a broadcasting and film degree from the University of Kansas in the USA, and has a Masters degree from UCT in Media Theory and Practice. After working for KSNT in Topeka, Kansas as a video journalist (1993 -1994) he came back to South Africa. He joined the SABC’s, Cape Town office in 1994 where he worked as a cameraman and reporter. During this time he has covered a variety of stories in the Western Cape especially giving voice to the rural poor communities. Johann has also travelled extensively covering conflict and stories in Rwanda, Malawi, Russia, Brazil, Namibia, Bali, Angola, Tunisia, and Nigeria.

After leaving SABC in 2011 he became a freelancer and continued to produce news documentaries, wrote several screenplays, directed crime docudramas, corporate videos, and a 13-part history series about the Khoekhoe herders. He currently works with Moja Media based in Cape Town where he is a senior producer working on content for BRICS TV and other broadcasters. The most recent project is with Hollywood based Cine Libre Studios, on a joint feature film project titled, Chain of Voices, as producer. 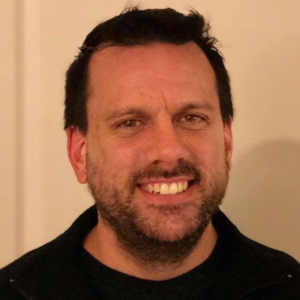 Originally from Maine, Jeremy Aguilera-Gaudette has called Los Angeles home for 17 years. After managing several movie theatres all over the Los Angeles area, Jeremy left exhibition to work for a non-profit film arts organization, Film Independent. There, he currently works for the International Programs department, producing events, workshops, and serving as hospitality manager for all inbound activities. Along with the One People International Film Festival, Jeremy is also a programmer for The Los Angeles Asian Pacific Film Festival and Outfest Los Angeles. 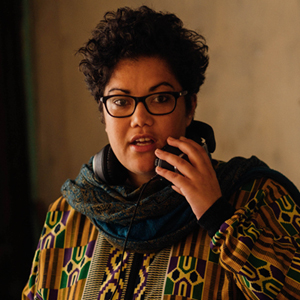 Nadine Angel Cloete is an independent filmmaker based in Cape Town, South Africa. She has been acting non-fiction manager at the National Film and Video Foundation 2020 - 2021. Nadine received a Certificate of Appreciation from the African Union Youth Envoy in 2019 for assistance given to the Envoy during an intergenerational leadership camp. Her film work delves into themes of identity and history. Nadine has directed for the SABC and her work has screened across festivals worldwide. She is most known for her first feature documentary called Action Kommandant about the life of Ashley Kriel. It screened globally and received critical acclaim across audiences. Her fiction directorial debut, Address Unknown, won the Audience Award at the 2020 Durban International Film Festival.

Jeff Man grew up in Rockville MD. in a family that loved watching movies. Growing up, he aspired to becoming a movie critic and studied journalism at the University of Delaware. After college, Jeff learned how to make films and it was then when he decided to become a filmmaker. For the past 10 years he has resided in Los Angeles where he has been writing and directed short films while working at Duplass Brothers Productions. In 2012, he was selected as a Visual Communications Armed with a Camera Fellow and his short SANTA CLAUS won a jury prize at the San Diego Asian Film Festival. 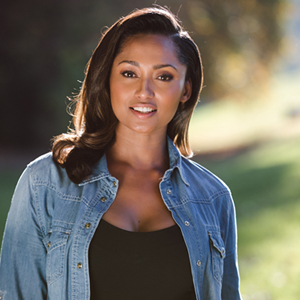 Jolene’s love for imagery began when she was hand-selected to be a photographer in the J.Paul Getty Foundation project “Picture Cape Town” when she was just 17.
Her on-screen career spans 27 yearsbut the last 5 have been a journey of discovery to her heritage as a Khoe descendant and highlighting their plight through the medium she loves so much.

Joshua Oduga is an Independent Curator currently based in Los Angeles, CA. He is currently the Public Programs and Manager at Art + Practice in Leimert Park. He has over a decade of expertise working directly with artist, communities and artistic organizations. Much of his work during this time has focused on bridging the gap between groups of artists and the communities they work in, always working towards the free exchange of resources and ideas. In addition to working at A+P, Joshua continues to work as an independent curator and musician, focusing on emerging technologies and collaboration in artistic practices. 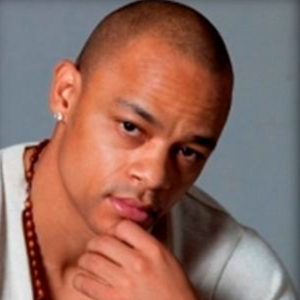 Maurice Paige, who plays the character "Calvin" in one of South Africa's leading soapies, Isidingo, is a remarkable talent that rose to become one of South Africa's most phenomenal personalities. He is a multi-award winning actor whose achievements film performances in Dollars and White Pipes, Ashes and Restoring the Fatherhood. Stage experience Krismis van Map Jacobs, Die ander Martha Sergeant, Kanna Hy Ko Huistoe, Queenie & Kie, Sonnebloem and My name is Ellen Pakkies. Other achievements include The People's Choice award for best newcomer and Cosmopolitan Magazine's Mr November. 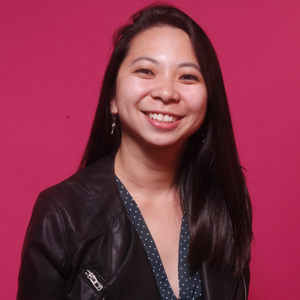 Born and raised in Indonesia, Emma Pek has had a passion for storytelling from a young age. She moved to Los Angeles in 2011 to pursue her dream to become a producer. Currently, she is working as a Line Producer for an independent production and distribution company. When she’s not on set, she’s developing the next projects and managing the day-to-day distribution aspect of the company. In her free time, she likes to read, attend film festivals, and people-watching. Emma earned her BFA in Filmmaking from New York Film Academy and MFA in Film and TV Producing from Chapman University. 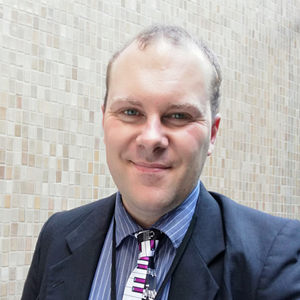 Steven Taylor, born in Cape Town started radio at the age 15 while still in High School. Taylor hosted a show called Street Seeds on Bush Radio in 1999 where his radio career started at the age of 16.

Taylor then progressed and was given his own show hosting the Bush Top 40. Taylor then moved on and joined UCT Radio where he stayed for 4 years. Taylor took a break from radio to work in the private sector where he managed a company, before joining UCT Radio again as well as assisting at various different community radio stations across Cape Town. Taylor then joined Retail radio and has been doing that ever since.

Taylor decided to turn his attention to TV and joined Deen TV in 2016 where he hosted his own show called Talking Point with Steven Taylor. Deen TV closed down and Taylor then joined Brics TV where he Produces two shows for the Channel as well as Produces and presents his own shows The Diplomat, The Sit Down and Music with Steven Taylor. Taylor is also Program Manager of Brics TV.

Taylor, with his profile has always kept his feet on the ground and tried to give back where he can. He is Vice Chairman of Helping Hands NPO as well as Chairman of Klinefelters Syndrome South Africa. On his off days you will find Taylor going out to deliver food to the community as well as helping those in need where he can.

Taylor is very experienced in the Entertainment industry. His career spans 30 years in Radio, TV and TV production. 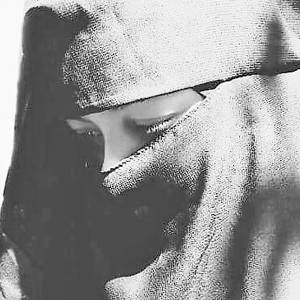 Fazlin Fransman has worked as a researcher, journalist, media strategist and communications consultant.

In 2009, at the age of 20, Fazlin was one of 12 South African students selected to be part of the South Africa Washington International Programme, where she worked as a research intern for Congressman William Lacy Clay on Capitol Hill, Washington DC.

Fransman is currently a senior researcher at Moja Research Institute, an independent, not-for-profit think-tank that serves as a hub for critical thought in media, development, global governance, pan-Africanism and tri-continental relations.

Kashif is Creative Director that specializes in brand management and Festival design. He has a strong fine art background and has experienced the transition into the digital era. Combining the traditional methods with today's technology, is what makes his work unique.

Kashif has filled the role of Creative Director at Suidoosterfees for the past 2 years and currently fills a similar role at Moja Media.

Brian is a highly creative and multitalented Graphic Designer with extensive experience in broadcasting, multimedia and digital marketing.